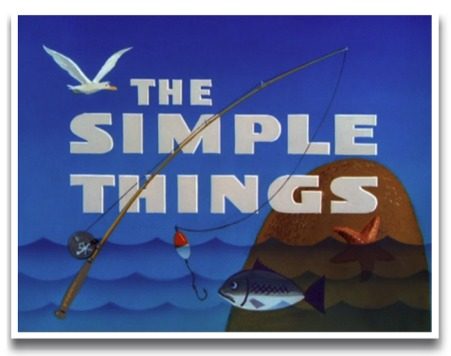 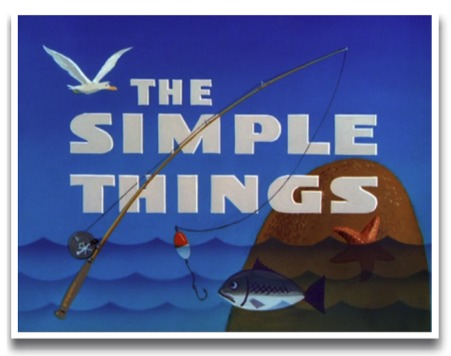 The 1953 Mickey Mouse cartoon The Simple Things is an average and in almost all ways unremarkable production. But what it has come to represent, at least to me personally, resonates on an emotional and sentimental level that goes beyond anything the actual short itself conveys.

The Simple Things certainly lives up to its title. Mickey and Pluto take a fishing trip to the beach where their primary antagonists are a persistent clam and overly annoying seagull. It follows the typical pattern of multi-character shorts, where each character has a separate vignette (Pluto with the clam; Mickey with the gull) and then reunite for an overall climax. 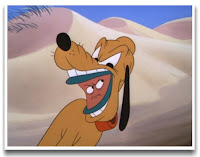 But what distinguishes The Simple Things, was that for all intents and purposes, it was essentially the last Mickey Mouse cartoon.

Granted, Mickeyâs Christmas Carol would be produced in 1983, and would be followed seven years later by the Prince and the Pauper. But they were both special productions– adaptations of literary works with more extended running times, and were not really akin to the typical 7-8 minute shorts produced during the studioâs first three decades. And while both Runaway Brain (1995) and Get a Horse! (2013) certainly match the just described criteria for classification as cartoon shorts, both stand more as happy and refreshing anomalies rather than a return to regularly produced theatrical short subjects. 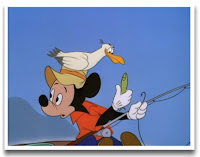 No, despite these films and even the television-produced Mickeyâs MouseWorks, House of Mouse and the current Mickey Mouse Disney Channel/Youtube shorts, The Simple Things represented Mickeyâs retirement from the very art form that he as a character certainly defined and revolutionized. It would also foreshadow Walt Disneyâs own shuttering of the studioâs shorts department two years later in 1955.

Mickeyâs retirement from film did not relegate him to the life of leisure embodied in the carefree fishing trip of The Simple Things. He quickly transitioned into a television personality via the Mickey Mouse Club and appearances on the Disney anthology program, and later into the roles of theme park ambassador and corporate icon. But he would with his costars–Donald, Pluto, and Goofy among others–leave behind the very form of entertainment that in fact had given birth to the Walt Disney Company.

I canât imagine that director Charles Nichols and his crew ever intended for the title of The Simple Things to imply anything beyond the cartoonâs theme and content. But in my studies and research of the short, it has always been identified as Mickeyâs last cartoon and in that context the title has always taken on an additional meaning for me. The song “The Simple Things” that opens and closes the film, provides more than a moment of bittersweet sentimentality when considered in the context of the then declining animated short subject, not just at Disney but across the rest of Hollywood as well. 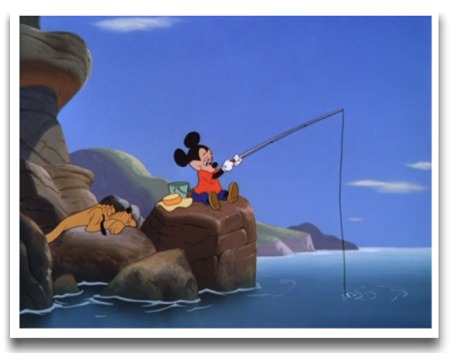 The theatrical cartoons of 1930s, 1940s and 1950s are in many ways the simple things referenced by that songâs lyrics. As Mickey and Pluto no doubt journeyed to a rocky beach to escape their worries and troubles in The Simple Things, I and countless others still escape in a similar fashion to that simpler, yet always endearing animated entertainment of those bygone days.