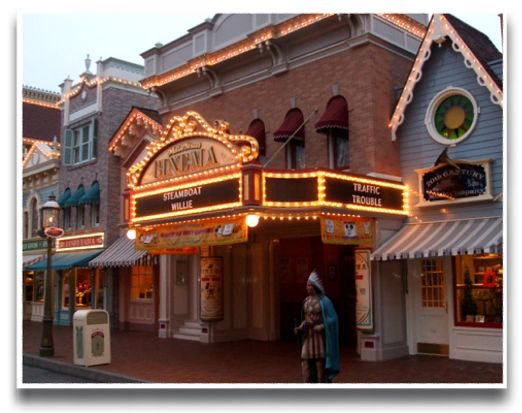 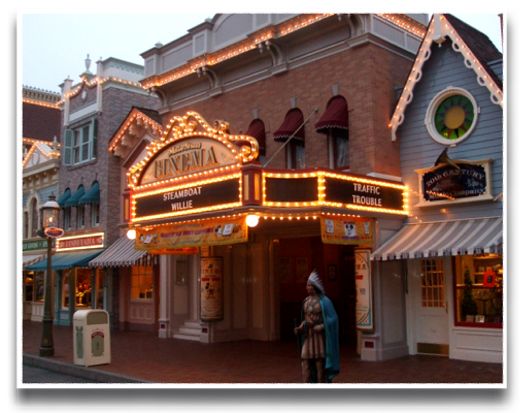 Disney:  The Main Street Cinema in Disneyland is an idealized venue, steeped in turn-of-century nostalgia as is the rest of Main Street U.S.A.  Most Disney historians agree that the inspiration for Main Street was rooted in Walt’s boyhood home town of Marceline, Missouri, although it is certainly a very generalized correlation.  But it is one we will still use here for the purposes of our very first Disney/Reality feature.  With its bright lights and elegant marquee, the Main Street Cinema is truly fantasy, not what an early 20th century theater was, but what it “should have been.” 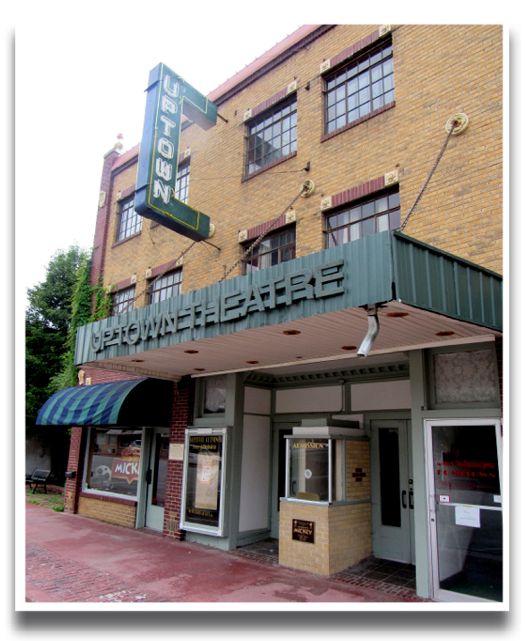 Reality:  If Kansas Avenue in Marceline is the historical counterpart to Main Street U.S.A., then the Utpon Theatre may be the closest thing we have to a reality-based Main Street Cinema. Located on Kansas Avenue in Marceline’s “downtown,” the Upton certainly is typical of small town America movie venues.  Similar in scale to the Main Street Cinema, it is however a generation removed from its Disney counterpart.  The Upton Theatre dates to 1930 and survived as a movie showcase up until just a few years ago.  It hosted the world premiere of The Great Locomotive Chase in 1956 which Walt personally attended.  An earlier Marceline theater, the Cater Opera House, was likely more similar to the Main Street Cinema, and it may have been the place where Walt experienced his very first motion picture.
Please follow and like us: