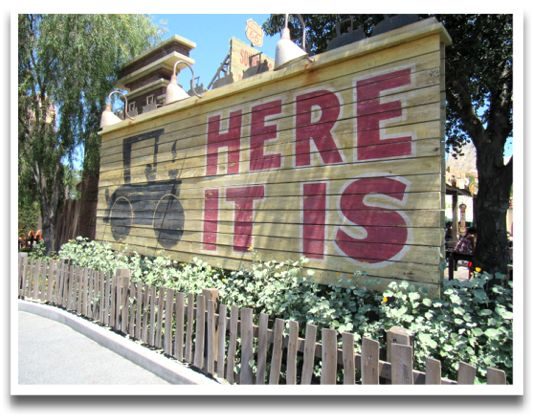 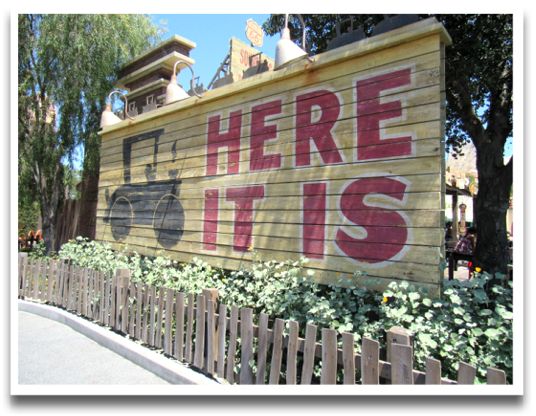 The Jack Rabbit Trading Post is located just west of Joseph City, Arizona on what was the former US Route 66.  As a roadside venue, it is rather unremarkable, filled with a combination of convenience store staples and the usual southwestern USA souvenirs. 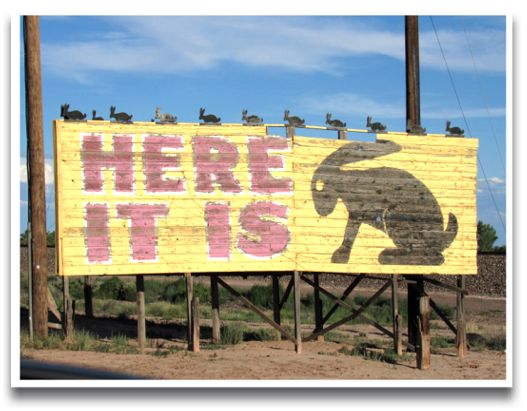 Its notoriety is plainly derived from its large and now rather iconic sign that features a jackrabbit silhouette and welcomes travelers with the proclamation “HERE IT IS.” Pixar artists recreated that sign and applied it to the Radiator Springs Curios store, operated by Lizzie, the 1923 Ford Model T.  In the film, the jackrabbit silhouette is replaced with that of a Model T.  The Pixar crew even replicated the small black silhouette cut-outs that adorn the top of the sign. 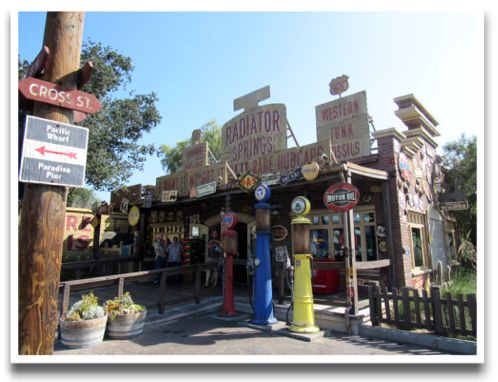 Lizzie’s store itself was not so much inspired by the Jack Rabbit Trading Post building, as it was by a couple of other slightly more eccentric Route 66 establishments: the Hackberry General Store in Hackberry, Arizona; and the Sand Hills Curiosity Shop in Erick, Oklahoma. The similarities are especially notable when compared to theme park incarnation at Disney’s California Adventure.