Only in America could an avant garde art experiment in the middle of the desert evolve into a background design for an animated film and its later theme park incarnation. 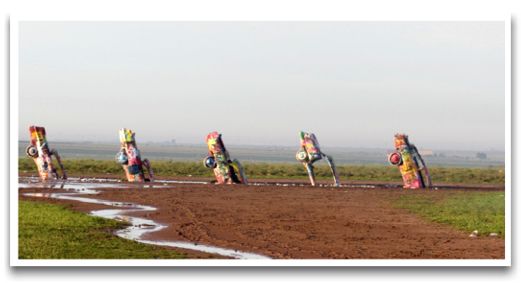 Cadillac Ranch was created in 1974 by artists Chip Lord, Hudson Marquez and Doug Michels, “alternative” architects collective known as the Ant Farm.  Their patron was millionaire Stanley Marsh whose land was used for the project, both initially and when it was later moved to its current location, adjacent to Interstate 40 just west of Amarillo, Texas.  In an interesting twist, visitors are encouraged to spray paint graffiti onto the upended, half buried vintage mid-20th century vehicles. 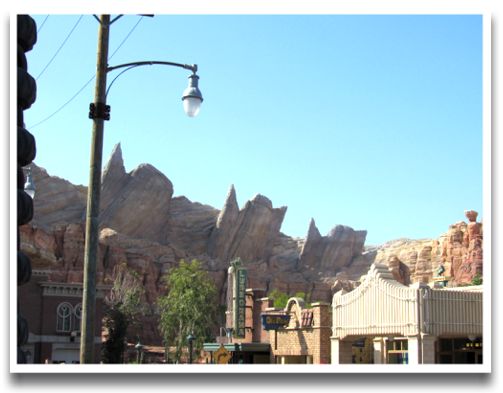 The Cadillac connection was a natural tie-in for Cars, and Pixar artists converted the design into a majestic desert landscape, the Cadillac Range, that serves as a backdrop for the town of Radiator Springs.  Disney Imagineers in turn brought it to theme park realization when they created Cars Land for Disney’s California Adventure at the Disneyland Resort.