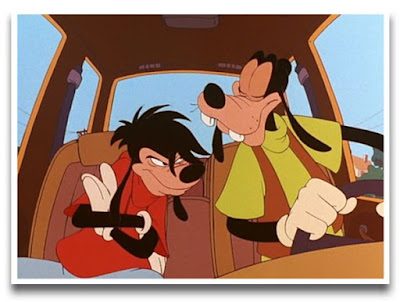 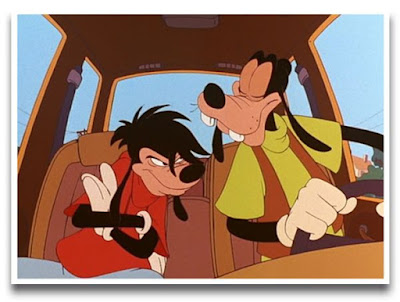 Today, we hit the open road!

It’s Californy er Bust–day one of our twelve day cross-country road trip, traveling from North Carolina to California and back again.  My son Jake and I will be navigating both backroads and interstates and blogging as we go.  So, to get things started here at 2719 Hyperion, we decided to celebrate one of Disney’s most underrated gems, and a film that reflects our own current highway adventure. 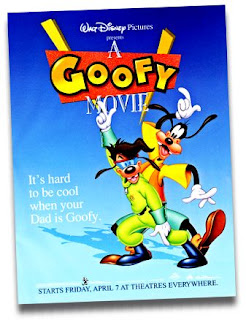 A Goofy Movie celebrated its 20th anniversary this year.  It remains an unassuming little film that continues to be quickly dismissed by most Disney aficionados, and sadly rejected by animation scholars and movie critics (currently at 53% on Rotten Tomatoes).   But if you cast aside mainstream opinions and talk to individuals who were parents and kids back in 1995, you’ll discover many who speak of the movie in glowing, and often reverential terms.  There was even a group of folks who just a few years ago, produced an elaborate live action recreation of the film’s opening musical number.  Why?  Because, as was noted on their website, “we love Goofy and A Goofy Movie.  It is such a big factor in our childhood.”

It certainly was an unusual concept at the time.  It came on the heels of the Disney animation renaissance, sandwiched in between The Lion King and Pocahontas, and preceded the first Toy Story and the subsequent Pixar revolution by six months.  It was a modest production, largely outsourced to satellite Disney animation studios in Paris and Australia.  The premise and many of the characters were lifted from the syndicated television show Goof Troop. That pedigree, and its Disney MovieToons brand, clearly relegated it to a status more closely associated with the company’s much maligned direct-to-video product, commonly referred to as the “cheap-quels.” This, despite the fact that it was jointly produced by Walt Disney Feature Animation and Walt Disney Animation France.

It is a film of many virtues.  Essentially a down-to-earth family comedy (albeit one featuring anthropomorphic dog-like characters), it showcased a parent-child generation gap that its audience seemed to immediately recognize and relate to.  Sprinkled in were well-crafted musical numbers, including two near-showstoppers: the opening “After Today” and the visually dense and high energy extravaganza “On the Open Road.”

It also contains one of the funniest vignettes in a Disney movie.  When Goofy and Max visit Lester’s Possum Park, it results in a hilarious send-up of both decaying roadside attractions and Disney’s own Country Bear Jamboree.  My two sons made the high-pitched exclamation, “Who’s your favorite possum?” a mantra in our household for years after the film’s release.  It was a rather bold satire from a studio not typically receptive to that degree of self parody.

A Goofy Movie will never be considered top tier Disney entertainment, but it remains a fun and endearing film, largely forgotten by most, but passionately remembered and loved by many. 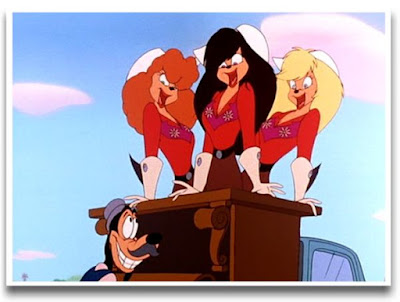 “Howdy boys, is this the way to Nashville?”

Leaving Winston-Salem, North Carolina, we pass directly through Nashville as we cross Tennessee and Arkansas.  For more details, check out our road trip diary and other road trip features on Boom-Pop!