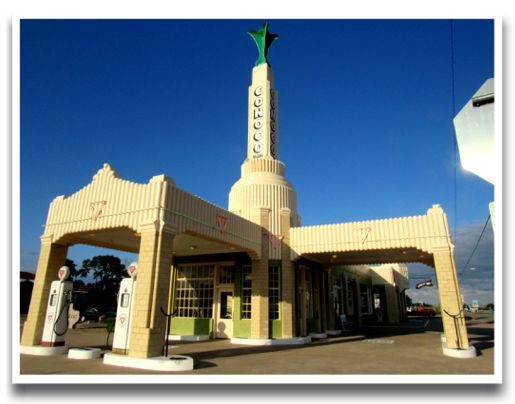 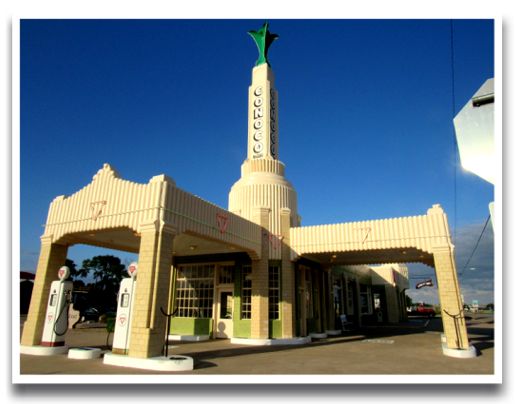 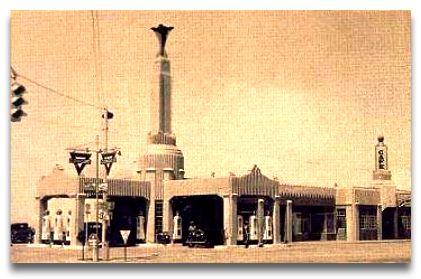 Original owner and operator John Nunn created the design for the establishment, literally scratching it out in the dirt of a nearby motel parking area.  Texas architect J. C. Berry drew up the plans on real paper.  Seventy years later, Pixar artists would translate the art deco-inspired design into Ramone’s Body Shop in the 2006 feature film Cars.

After decades of decline, the U-Drop Inn was added to the National Register of Historic Places in 1997, and a restoration was completed in 2003.  It currently serves as a museum, visitors center, gift shop and headquarters of the local chamber of commerce.