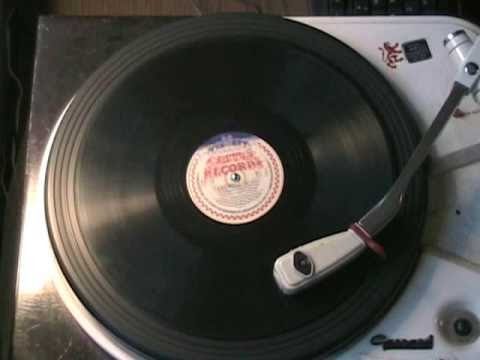 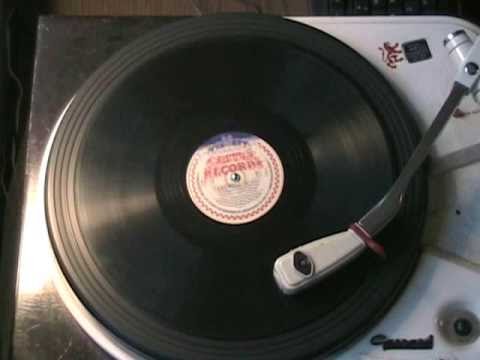 One of the troubles with being canonized as a Disney Legend is that all of the rest of your life’s output tends to become a sidenote to that studio in Burbank. There’s a handful of artists like Rolly Crump and Walt Peregoy who were busy enough and rebellious enough to avoid total identification, but it’s no coincidence that when we think of Disney Legends from Walt’s time, we’re thinking mostly of loyal Disney lifers like Frank Thomas and John Hench.

And then there’s George Bruns, who probably ranks third in the Disney pantheon behind Charles Wolcott and the Sherman Brothers in establishing what Disney “sounds like”. He wrote The Ballad of Davy Crockett, the bass inflected soundtrack to 101 Dalmatians, and the soothing, mysterious music heard in The Jungle Book. He wrote the original score heard in Pirates of the Caribbean, which to these ears may be the finest attraction soundtrack ever. His jazzy inflection of bluegrass means that his layered, toe-tapping orchestrations for Country Bear Jamboree haven’t dated a lick in a half century.

But what isn’t well known is that George continued to record other material before, during, and after his career at Disney. It may not be well known, but it’s out there. So this time at Passport to Dreams we’re going to be looking at and listening to the unknown recording career of George Bruns.

Born in Oregon in 1914, the earliest places you can hear George Bruns doing his stuff is in Dixieland and Jazz recordings from the 1940s. The group he seems to have been most associated with was The Famous Castle Jazz Band, where he played lead trombone. The Castle Club was a nightclub south of Portland, and seems to have been famous and popular as a location for great jazz. Here’s George on trombone in a 1949 recording:

He also seems to have appeared with jazz legend Turk Murphy on a handful of recordings around the same time, sometimes on bass and sometimes on trombone.

It seems fairly clear that before Castle Club, George had organized his own group of musicians as “George Bruns and His Jazz Band”, and they had recorded a number of tracks for the famous Commodore jazz label out of New York. I can’t find any evidence that these recordings were actually released at the time, and the only reason we know they exist is due to a pricey and out of print 60 LP (!) reissue of Commodore’s entire library in 1990. George appears in Volume III of the set, which means he made the recordings sometime between 1938 and 1943. I tried to track down a library copy of this set to heard these recordings, but it seems that somebody with more patience or deeper pockets than I will have to be up to the task.

Which brings us to our first recovered recording, and the sad fact is that I have no idea when or where it was made, however it makes more sense to group it with these early Jazz recordings than the later ones, as we’ll soon see. But first I have to explain how the heck we even have it.

In the mid-60s, Reader’s Digest got into the business of promoting and selling huge boxes of LPs all under a certain theme. The original examples, such as a box devoted to Swing music or light classical music, were actually produced by other companies and sold by Reader’s Digest through a mail-in voucher. They were enough of a success that Reader’s Digest was producing several “theme” sets a year, and continued to do so well into the 80s on LP, 8-track, cassette, and eventually CD.

The company Readers Digest eventually settled on contracting to create these sets was RCA. RCA already had a massive back catalog of releases because they operated a program in the 50s and 60s very similar to the Columbia House CD programs of the 90s – where new albums would be sent to you directly, monthly. As a result RCA recorded a lot of albums that never saw general release outside of special “RCA Music Service” shipments, and probably sat on many more without ever releasing them. It was primarily this back catalog of recorded music that filled out the Reader’s Digest “theme” LP sets, especially the early ones.

Which is how George Bruns managed to appear in a Reader’s Digest compilation album, Gaslight Varieties, released in 1969.

Gaslight Varieties is pretty interesting to Disney fans – besides the Bruns tracks, there’s a lot of Thurl Ravenscroft and Mellomen tracks throughout – but interesting isn’t the same as actually being very good. RCA tended to use second best options when compiling these sets to keep costs down, and the result is albums that quickly wear out their novelty and have no real sense of progression.

Because of the way RCA structured these albums, we have only one side of one record of Bruns playing Ragtime music – the other side was never released. It’s impossible to tell when this was recorded, and there are no personnel credits besides “George Bruns and his Rag-A-Muffins”. We’re not even sure what the album was supposed to be called, although RCA named that side of the record “Ragtime, Yessir!”

But at least get have six good tracks of previously unheard George Bruns music out of it! It’s good stuff, wonderfully “hot” jazz similar to his work with the Wonderland Jazz Band on the famous “Deep In The Heart of Dixieland” Disneyland LP.

George eventually provided jazzy music to several UPA cartoons before being scooped up by Disney and embarking on the recording career we know him for today. And despite his busy career writing music for dozens of Disney projects, he found the time to produce and record a tropical easy listening record!

As part of the background music for the Ford Magic Skyway at the 1964 World’s Fair, George recorded a piece of music called “Moonlight Time In Old Hawaii”, which he later expanded out to a full size album, released by Vault Records in 1969 or 1970.

This record is at least somewhat famous in Disney circles today for its use at the Adventureland Veranda in the 80s. It’s also tough to say if it was really ever properly released at all – Vault, as a record label, was floundering in the late 60s, and ever copy of “Moonlight Time” that I’ve ever seen has its “Promotional Copy” sticker still attached. This scarcity and its mild fame in Disney circles has driven up its prices on the secondary market. Thankfully, Chris Lyndon beautifully restored a transfer of my copy, so now you can enjoy it whenever you like:

Now, I may be biased, because I obviously liked this well enough to seek out a copy and have it preserved, and I also have a weakness for atmosphere music, but I think this is a terrific exotica record. There’s nothing quite like the soothing strings and languid pace of this music to make you slow down and relax when you need it. It’s a shame it never got a real release of any kind, and that its one release has a cheap stock photograph from Pan American for a cover.

The world may have whipped clear past Moonlight Time in Old Hawaii, but I’m pleased to have helped it continue to weave its spell over listeners in the digital age.

Our final record is a treat, and one I’m very pleased to have been able to “rescue” for posterity. After his retirement from Disney in 1976, George moved back to Oregon and taught at a local college part time. And he recorded one last record, the delightfully titled “Have A Good Time With Big George Bruns”.

It’s tough to say if George explicitly intended this to be a testament record, but that’s what it plays as: a summation of his whole career, mixing hot Dixieland jazz riffs with Disney tracks in equal measure. The albums begins with “Happy Rag”, familiar from a million Disney promotional films, and ends with the theme music to The Love Bug. Throughout, he includes such deep selections as “Inky the Crow” and “Ah, See the Moon”, a total nonsense song he wrote with Ward Kimball for Ludwig Von Drake!

But the real stand out aspects to Have A Good Time are its inclusion of an electric organ and Lou Norris – a jazz singer who adds a lot to the “throwback” numbers on the record. I can’t determine if Miss Norris ever made another recording, so it’s more likely that George met her locally at Sandy Hook. But she has a terrific voice, and it’s easy to see why Bruns included a prominent credit (and caricature) of her on the cover.

That cover was drawn by famous cartoonist Virgil Partch, by the way, who is miscredited on the album sleeve as “Virgil Parks”.

As with everything George Bruns left us, it’s a spritely, upbeat listen – craft and entertainment value seamlessly blended. Like all three of the albums we’ve looked at here, it received a minor and local release, if any at all, and coming across a copy isn’t easy.

So give these albums a listen, and I’m sure Mr. Bruns will be smiling somewhere knowing that people are still enjoying his efforts five decades later. Here’s to you, Big George.

Do you love theme park and atmosphere music? Then hop on over to our Music Hub, where dozens of obscure tracks – and the stories behind them – are preserved!