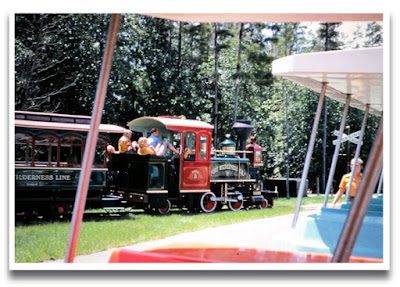 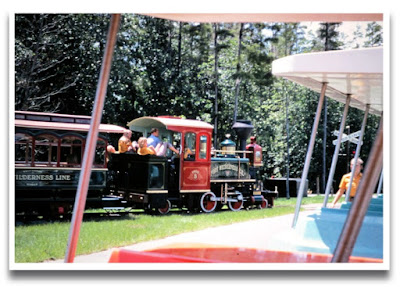 It remains a little remembered but still treasured piece of 1970s Walt Disney World iconography.  I speak of the Fort Wilderness Railroad.

“Built with the best of intentions, the Fort Wilderness Railroad serves as a prime example of a simple concept that turned into an operational nightmare.  Four quaint, five-car steam trains were planned to operate over a 3 1/2 mile route, providing transportation through the Fort Wilderness campground area at Walt Disney World Resort.  Considering the $1 million cost to build its locomotives and rolling stock, however, the line was hardly a cost-efficient operation–running for a relatively short period between 1973 and 1977.”

There is no argument that can truly be made on behalf of this failed endeavour (the chapter in Broggie’s book is entitled “Fort Wildnerness Folly”), but it can make one nostalgic for a time when cost efficiency wasn’t necessarily the highest priority at Disney World and experimentation was encouraged rather than immediately subjected to a cost-benefit analysis. 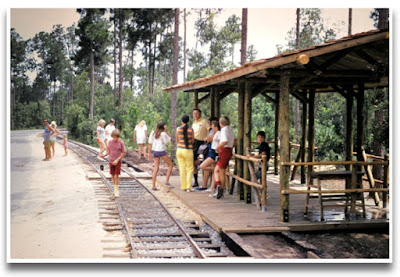 These impromptu snapshots date from 1973 when the railroad was just getting up and running.  One interesting footnote – two of the coach cars were modified to become Pleasure Island ticket booths in 1989.