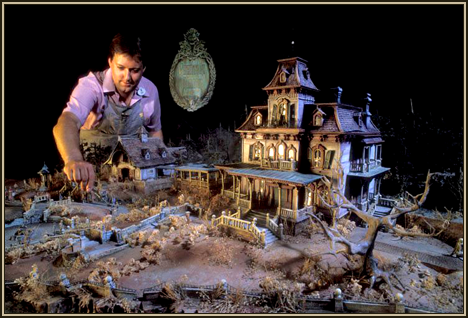 Another month means another wave of Progress City Radio Hour episodes! This month we head off into the wilderness with a wide range of frontier discussion and yet another interview with a veteran theme park designer.

First comes our Wilderness episode. Here we grab our musket and coonskin cap and head off into a wild frontier of adventure. We chat about the life and lore of Davy Crockett, take a visit to Frontierland circa 1956, go on a trip through Marc Davis’s unbuilt Fort Wilderness attraction Adventure House, have a stop at Trail’s End, and hear a bit about a never-built Frontierland attraction at Disneyland. There’s also the debut of our exciting new entertainment innovation, The Progress City Players!

Then we have our second Progress City Town Hall with veteran designer and former Imagineer Bob Baranick. Bob takes us from his days before Disney working on regional attractions such as the Six Flags Power Plant through his time as a model builder for Disneyland Paris’s Phantom Manor and beyond. You’ll hear tales of his stint as an art director at Disneyland, including many unbuilt attractions from the “Disney Decade” as well as legendary experiences such as the Indiana Jones Adventure.

We hope you enjoy this month’s episodes and come back from the frontier ready for next month’s slate, where we’ll begin a two-part exploration of the groundbreaking 1980 theme park soundtrack, The Official Album of Disneyland and Walt Disney World!