In Cars, when Lightning McQueen awakens in the impound lot, he briefly sees the abandoned relics of the Glenrio Motel, situated on the outskirts of Radiator Springs. The establishment’s name and design were derived from the very small and now largely deserted town of Glenrio, New Mexico.

The town sits on the border of Texas and New Mexico along an old alignment of Route 66 that runs parallel to Interstate 40.  The town began as a railroad stop but quickly evolved into a highway-hugging community of businesses during the 1930s due to Route 66.  It was a popular stop for motorists through subsequent decades until being bypassed by the interstate in 1975.  It remains an intriguing destination for today’s Route 66 tourists who stop to view its numerous abandoned and deteriorating structures.  In 2007, the town was listed on the National Register of Historic Places. 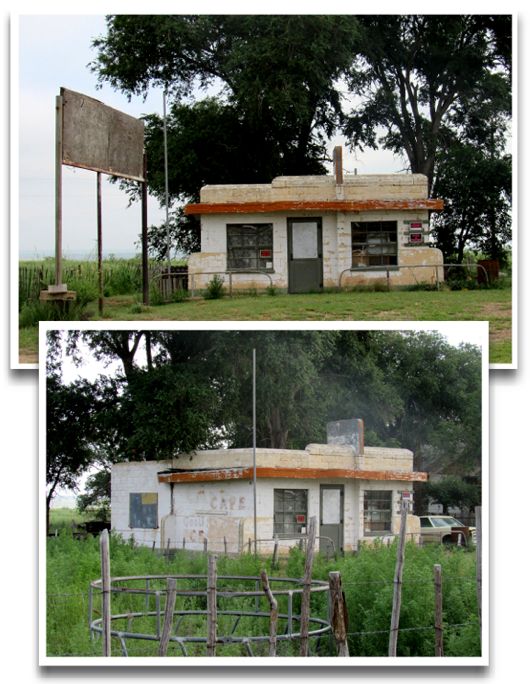 Pixar artists drew inspiration from the former Little Juarez Cafe, with its red and white colors and streamline moderne style.  They expanded the design of the small cafe to encompass an entire motor court including a rear building with individual rooms (garages). At the end of the movie, the Glenrio Motel has been converted into the Racing Museum with Mater serving as the resident tour guide.