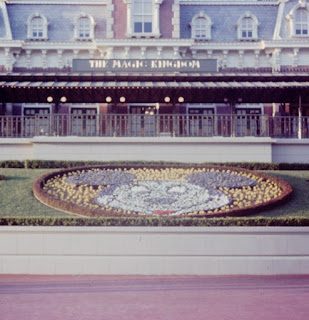 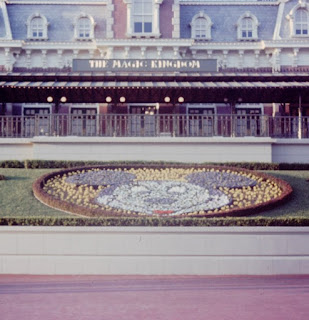 (It’s BGM catch-up month here at Passport to Dreams, with two shorter posts this month to get a record of the remaining fully identified original loops online!)

The Main Entrance music at Disneyland and Magic Kingdom is one of those few that average people get pretty emotional over. Specialist news websites report when it has been changed, and a quick search shows these pieces of music are among the most frequently reposted on sites like Tumblr and YouTube. There’s just something about it.

What is that exactly? Is it the upbeat orchestrations? The sweeping feeling? Or is it simply the act of being there, hearing the music again?

But if you stop and think for a moment, there’s absolutely no hard and fast rule that Disney was absolutely going to play upbeat Disney music just outside its gates – in fact, there was no rules about the music that was going to be played at all. And yet many of the choices made by Jack Wagner back in 1971 and 1972 have remained fairly consistent as various versions of in-park music have come and gone, and the Main Entrance music hasn’t ever strayed too far from that original musical template. So let’s take a look at those early entrance loops.

Two versions of them circulate through collector’s circles, a short version and a long version. In most cases, I would be inclined to believe that the short version is simply an incomplete recording of the long version, as is the case with several shorter versions of the Skyway Music in circulation. But in this case the track order of each is significantly different.

Also, the run time of the short version is about 44 minutes, and as we have already established on this site, most of the really early Magic Kingdom loops run about as long. Therefore, in the lack of other compelling evidence, I’m inclined to treat this shorter version of the Main Entrance music as the original version, which was later padded out to one hour in the mid-70s when other loops such as Main Street and Frontierland were also altered.

And oh yes, since we’re talking about Walt Disney World here, it’s worth remembering that this music played at both the Transportation and Ticket Center and the Magic Kingdom.

We know for sure this has to have been installed in 1972 because the WDW Band record wasn’t available until then. And then, here’s the version that played until it was replaced by the Disneyland Paris main entrance music in late 1991:


This longer loop, at least, also played outside of Disneyland’s main entrance during the same era.
I feel like I haul this observation out every time we look at an old Jack Wagner loop, but isn’t it delightful how absolutely odd this thing is? Jack seems to have begun with the Disneyland and Walt Disney World Band LPs as his basic sound, then branched out to Russ Garcia’s extremely oddball Hi-Fi Music for Children and Irwin Kostal’s Fantasmagorical Themes from Chitty Chitty Bang Bang.

I’ve recently discovered that many of today’s Disney fans don’t know about Chitty Chitty Bang Bang, but the capsule version is that it was a 1968 attempt to create a Disney-style movie launched by the creators of the James Bond franchise. They were through in their poaching of the talent that made Mary Poppins sing, including the Sherman Brothers, Irwin Kostal, and Dick van Dyke. The Disney Studio, which prized loyalty over all else (and still does), rankled at the insubordination represented by the Shermans’ departure. So it’s very amusing to see that music from that film used to play outside of Disneyland and Magic Kingdom – a modern equivalent might be if the soundtrack to Anastasia played somewhere at WDW.
EPCOT may have legendary entrance music, and the Studios parks have famous movie themes, but nothing quite replaces that emotional feeling of standing in front of the train station and hearing a beloved Disney song drifting on the breeze. Despite all of my hemming and hawing on this site over total musical obscurities, that it’s that emotional connection that Disney really invented and perfected in the middle of the 20th century. It’s things like this that are why we’re here.

DEAR READERS: Starting in 2019, Passport to Dreams will be going off its monthly update routine, to focus on providing more of the long-form writing this site excels at as well as clear time for larger projects that need to get finished. If you’d like to get updated directly when new posts arrive, please follow us on Facebook or Twitter. Thanks for your support!