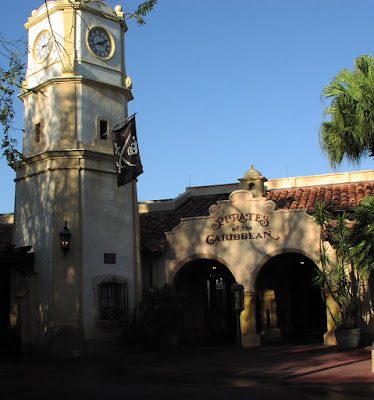 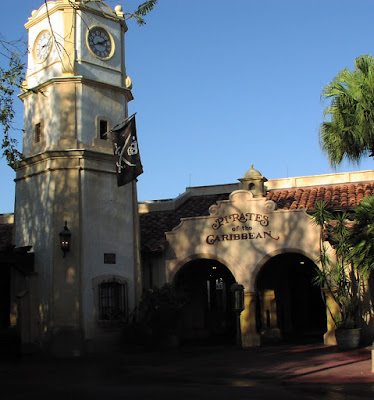 (It’s BGM catch-up month here at Passport to Dreams, with two shorter posts this month to get a record of the remaining fully identified original loops online!)

Caribbean Plaza had its signature attraction, Pirates of the Caribbean, ready in December 1973 but didn’t really mostly come online until April 1974, when all of its shops and snack bar were operational. At some point in that few-month period, a new piece of BGM arrived.

And so from December 1973 until July 3, 2006, Caribbean Plaza echoed with steel drums. Although highly atmospheric, much of the steel drum music begins to sound the same after enough time, and for years it was thought that the same steel drum music had been playing in the Plaza since it opened.

Thankfully a few years ago Mike Lee came forward with a 1991 live recording of Caribbean Plaza, which he identified as the music he had heard playing in the Plaza when he was a child. Since many of the original 70s BGM pieces survived until the early 90s, this was entirely credible as the original Caribbean Plaza loop.

All tracks are sourced from the 1967 album Trinidad: The Sound of the Sun by the Westland Steel Band. Thanks to Michael Sweeney for identifying the tracks.

The Westland Steel Band LP has cycled through various owners over the years, and currently can be legally streamed through YouTube. I’ve created a playlist of the full Caribbean Plaza loop:

20 years later, Disney was modernizing Magic Kingdom’s sound system and many old Jack Wagner loops, stored and delivered on magnetic tape, were being phased out and replaced with new ones as the new, CD-based delivery systems came online. Down the street, Adventureland Veranda’s languid tropical strings were replaced with upbeat drumming from an endless loop of a single CD released by Balafon Marimba Ensemble. When Caribbean Plaza got its CD player, WDI imported a track from the then-new Disneyland Paris.

One of the goals of the area music conversion in the 90s was to get more music playing in more places of the park, and to get more consistency across the musical signatures of the various areas. As a result the new loop played in areas which previously did not have music, such as the snack stand complex across from Pirates of the Caribbean. This allowed the 1993 loop to survive the area’s switch to Pirates of the Caribbean movie music in July 2006 and be recorded and documented in 2009.

Speaking of the Pirates franchise movie score BGM, the history of that version is an interesting story in of itself. While it overtook the steel drumming in 2006, it’s gone through multiple versions and locations over the years.

While the hour-long length of the thing strongly suggests it was created for Magic Kingdom from the start, the movie score music was actually used at Disneyland in the attraction’s foyer area, displacing the iconic Pirate’s Overture for at least a few weeks before being removed. The movie score music actually stuck at Magic Kingdom, where it very soon began to feel at home amongst the sun-washed plaster walls. The original version of the loop was retired in 2007 when the score for the third film, At World’s End, was made available, replacing several redundant cues and greatly improving the variety of the loop.

El Pirata Y El Perico was given a mild facelift in 2011 and re-christened “Tortuga Tavern”, at which time the 1993 steel drum loop was removed and replaced with a new loop of nautical and ocean-going music. Interestingly, as of Summer 2018 this Tortuga Tavern music now appears to play in the main corridor of Caribbean Plaza, with the movie score being relegated to the extended queue outside of the attraction.

I’m sure kids born in the early 2000s will one day be nostalgic for the Jack Sparrow music, which did indeed lend a sleepy area of Magic Kingdom a certain gravitas. My nostalgic preference is for the sound of the steel drumming music, but there’s honestly nothing inherently wrong with any of these choices; what should the 16th-century Caribbean “sound” like anyway?

Miss the original Pirates of the Caribbean? Take a listen to my restored soundtrack of the 70s version here.
Want more theme park music? Check out the Passport to Dreams Park Music Hub!

DEAR READERS: Starting in 2019, Passport to Dreams will be going off its monthly update routine, to focus on providing more of the long-form writing this site excels at as well as clear time for larger projects that need to get finished. If you’d like to get updated on when new posts arrive, please follow us on Facebook or Twitter. Thanks for your support!